Discover the Bay of Plenty’s fascinating past

The Coastal Bay of Plenty has a rich history and heritage. It is home to the earliest cave drawings in New Zealand and the landing place of significant founding waka that first brought Māori to these shores almost 1,000 years ago.

In 1769, the region was named the Bay of Plenty by Captain James Cook as he circumnavigated Aotearoa. Less than 100 years later, war would break out and significant battles would be fought in Tauranga and surrounding areas.

Dive deep into the Coastal Bay of Plenty and discover the places that have shaped this fascinating history.

The Historic Village
The Historic Village is home to a collection of original and replica buildings from early Tauranga, set in gorgeous gardens and natural bush surrounds. These wonderful character buildings now house over 50 businesses, including shops and community organisations. We recommend a coffee at the onsite Whipped Baker (look out for the amazing doughnuts!).

E-Bike tour around Tauranga
Hire an e-bike from DayTrippers and take an e-bike tour around the Tauranga Harbour. Bike over the Matapihi Rail Bridge which was built in 1924 and is still a functioning rail bridge for the busy Port of Tauranga. Continue on to historic places such as the Mission Cemetery and Monmouth Redoubt and be sure to take in the beautiful Matariki pou (carvings) on The Strand.

Stay: Clarence Hotel is a 1906 Edwardian Baroque style building that was once Tauranga’s Post Office. It has now been refurbished into a boutique 10-room hotel, fine dining restaurant and funky bar and bistro. St George’s Anglican Church sits where the Battle of Gate Pā took place. We offer talks and tours on The Battle to interested groups. These are tailored for people of all ages from school to adult groups.
St George's Church Gate Pa Talks & Tours
Read More

The Elms, one of the oldest heritage sites in New Zealand, is an essential stop for all visitors to Tauranga.
The Elms | Te Papa Tauranga
Read More 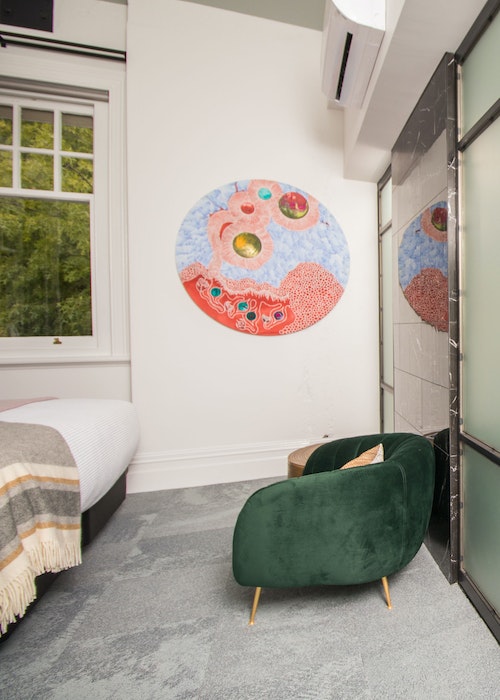 Steeped in history, with contemporary, boutique interiors and a desirable central location, The Clarence Hotel is just a stone's throw from the hustle and bustle of the Tauranga waterfront.
Clarence Hotel
Read More

Enjoy a stroll around Mauao (Mount Maunganui)
One of the most Instagrammed locations in New Zealand is in the heart of the Bay of Plenty – Mauao. Walk around the base track or hike to the top of the dormant volcano for a view that will take your breath away.  Standing 232 metres above sea level, Mauao is an iconic landmark treasured by locals. Mauao means ‘caught by the dawn’ and the mountain is steeped in Māori history and mythology. Several historical pā sites (villages) have been built on this extinct volcanic cone, the evidence of which can still be seen today as you explore the popular walking tracks.

Download the Aratakai Cultural Trails app for a self-guided tour that shares the legends of this sacred maunga (mountain) as you walk around the base track.

Harbour cruise and e-bike tour with Te Ara Tourism
This three-hour haerenga (tour) with Te Ara Tourism includes a cruise of Te Awanui Harbour (Tauranga Harbour) and an e-bike tour on the Omokoroa to Tauranga cycle trail. Enjoy historical and cultural story-telling and a visit to Ongarahu Pa at Plummer's Point – one of the most well preserved defensive fortifications known in New Zealand.

Explore one of the most instagrammed spots in New Zealand. 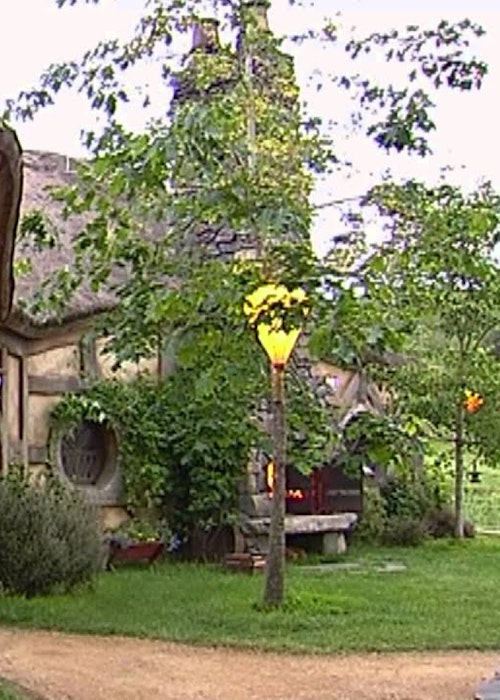 Situated in the beautiful Bay of plenty on both harbour and ocean beaches, this iconic family park is a great place to enjoy your leisure time. Spend your days lazing on the beach or enjoy water activities that Pilot Bay has to offer.
Mount Maunganui Beachside Holiday Park
Read More

Mataatua: The House That Came Home
Mataatua: The House That Came Home is an extraordinary story of a house that travelled the world before coming home to the people of Ngāti Awa in 2011. Built in 1875, the whare (house) travelled to Sydney, Melbourne, London (Victoria & Albert Museum and South Kensington Museum), Dunedin and Otago before being rebuilt in its place of origin, Whakatāne, in 2011.

Marvel at the intricacy of the carved representations of the great Ngāti Awa Chiefs before two of the tribe’s most famous traditions are brought to life before your eyes in Hiko: Legends Carved in Light – the award-winning Mataatua visitor experience.

Ngā Tapuwae o Toi (The Footsteps of Toi)
This incredible walk will have you following in the footsteps of a mighty chief. The track traverses pā sites of major historic significance, superb native forest and spectacular coastal views. The Footsteps of Toi is a treat for bird watchers with both seabird colonies and forest bird song to delight you.

Ngā Tapuwae o Toi encompasses the dominion of the great chieftain Toi. His stronghold, Kapu-te-Rangi (Pā of Gentle Breezes), is one of the oldest known pā sites in the country.

Stay: A few doors down from Mataatua is White Island Island Rendezvous – a 4.5-star motel accommodation nestled between the Whakatāne River and a pōhutukawa tree-lined escarpment. Enjoy your stay in one of the micro-village cabins and enjoy breakfast at the onsite café which is a favourite amongst locals.

Explore ancient coastal settlements, discover the house that came home and follow the footsteps of a mighty chief.

Be enthralled by the story of Mataatua Wharenui: The House That Came Home!
Meet Mataatua Express Tour
Read More 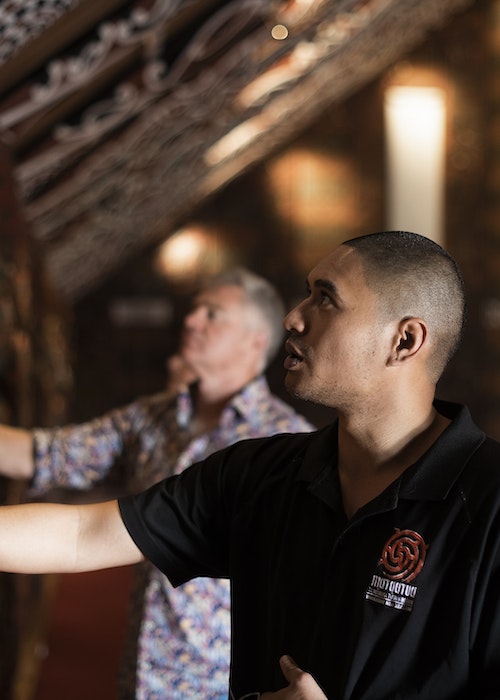 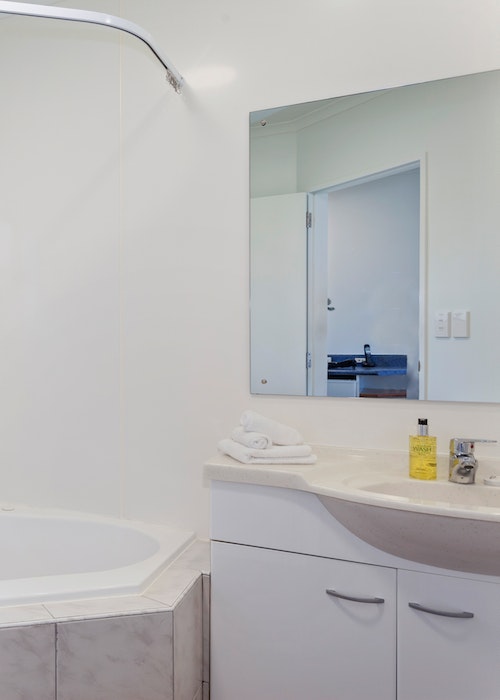 People have been drawn to the Bay of Plenty for millennia – we’ve even got the oldest cave drawings in New Zealand. Carbon-dated to 1050 A.D., you can see these in Murupara with the amazing guides from Kohutapu Lodge who will entertain you with stories and legends to reveal our ancient past.

Stay: Kohutapu Lodge is nestled on the shores of Lake Aniwhenua and offers affordable camp-style accommodation. Relax and enjoy the natural surroundings and let the hosts show you the hospitality they are world-famous for. BACK TO ALL EXPERIENCES STORIES FROM THE BAY

Stay in the Bay

Eat & Drink in the Bay

Events in the Bay

Can we
help you?